Things To Do On Your Antigua Sailing Holiday

Antigua is one of the most beautiful islands in the world, and every year millions of sun-seeking tourists flock to the island to experience the culture, food and luxury entertainment. Also known as Wadadli, Antigua is one of the West Indies’ Leeward Islands, and was named by Christopher Columbus. With a population of just over 80,000, the people of Antigua are a kind and welcoming society, and although the economy is mostly reliant on tourism, the island also benefits from an ever-expanding agricultural industry.

Just under half of Antigua’s inhabitants live in the capital city, St. John’s, and situated on the coast, the harbour and its deep waters is able to accommodate large cruise ships. Liberta and All Saints are also popular tourist destinations on the island.

Located on the south-east coast is a place called English Harbour, and it has become a famous place on the island due to its protective shelter during harsh storms. Not only is it the site of the painstakingly-restored British Naval station ‘Nelson’s Dockyard’, but it’s also the island’s yachting hub, home to a vast variety of luxury and amateur boating clubs.

The last week of April until the first week of May is the world-famous Antigua Sailing Regatta, and hundreds of ships from all over the globe descend onto the island’s shores for to compete in water sports and team championships.

If you’re thinking about taking a sailing trip to Antigua, then there will certainly be a number of activities to undertake on the island, as well as in the water. You could even start your voyage straight from home if you choose to travel via cruise. Sailing vacations offer a different type of holiday, and especially when you’re with your family, they often prove to be an unforgettable experience.

The Museum of Antigua and Barbuda

If you’re holidaying with your young children, then the Museum of Antigua and Barbuda is a great excuse to take a break from sailing and head inland. Offering some of the oldest artefacts discovered on the island, the museum is community-run, meaning there’s no entry fee (although a donation is suggested on your way out). 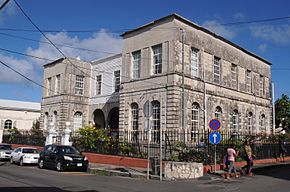 There’s even a section where you can actually touch some of the ancient artefacts, and a variety of educational videos play in the background while you make your way around the museum. Finally, there’s an area of recent ‘treasures’ that have been donated to the museum, with a particular highlight being the worn bat of famous West Indies Cricketer Vivian Richard.

Antigua Safari – A 4×4 Discovery Tour of The Island

Although a sailing holiday around Antigua will allow you to see some amazing landscapes and shorelines, there’s nothing better than stepping off your boat and heading inland to experience the inner-island forests. There are a number of local tour companies that will take you on an exciting 4×4 off-road Safari of the island, and from Betty Hope’s Sugar Plantation to Devil’s Bridge (a natural limestone bridge that crosses the waters of the Caribbean Sea), there is so much to be seen! Stop off and taste the local pineapples that hang from the trees, and even take a dip in the natural spring pools.

Disable these demo widgets by adding your own widgets or from `Customizer > Layout Options > Miscellaneous > Disable demo widgets`.